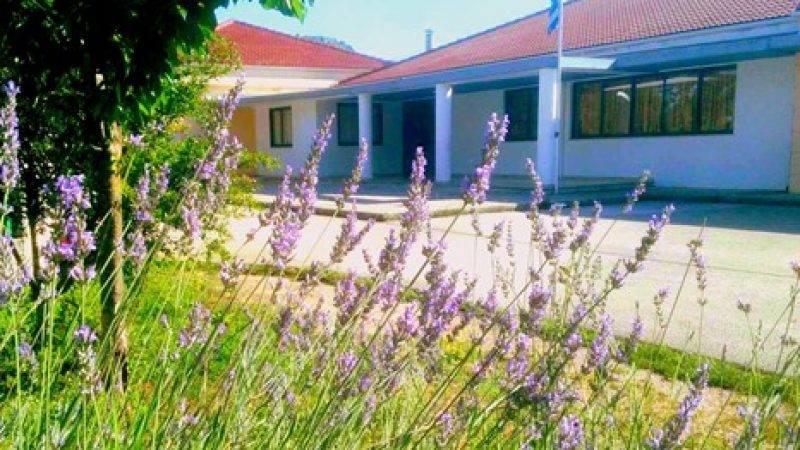 The Primary school of Koutselio – Ioannina is located in a village close to the outskirts of the city of Ioannina. The school often implements innovative projects that aim to provide students with skills and attitudes related to the way we interact with our environment and address everyday issues. Such skills are related to communication, empathy, collaboration, teamwork, creativity, critical thinking development, flexibility, adaptability, and problem solving. However, the school project developed as part of the pilot activities of SALL is the first time that the school has involved social actors, worked with them on a specific issue of importance to the community, and tried to co-create a roadmap for better addressing the issue.

The students were already aware of several parameters and stages of the food system, from production to consumption. Much of this knowledge has been acquired experientially in the school as they have grown aromatic plants in the herb garden of the school, planted vegetables in the school’s greenhouse, prepared and consumed salads and pies made with their vegetable produce.

In this living lab project developed as part of SALL, students addressed the issue of food waste, by raising students’ and the community’s awareness on aspects of food waste and exploring ways to properly manage food leftovers in daily life.

The first societal actor to be involved in the school project were students’ parents, who participated in a survey to record the waste of food in their homes. They then communicated with the school via video conference, and worked together with all the students in the class to find ways to reduce food waste in their households. The second societal actor involved was the manager of the school canteen. The children discussed with her what happens with food leftovers in the canteen and decided together to try some solutions to reduce them. The third societal actor was the owner of the bakery in the school’s neighborhood, who visited the classroom and talked about the food that is left over in his business daily.

To identify and investigate the problem, its causes and consequences, students were asked to record the food thrown away by their families at home, for three days. In addition, students worked in groups to investigate the occurrence of the problem of food waste also in two businesses in the community, namely the school canteen and the local bakery. Based on this, students then thought of ideas for reducing food waste, planned their implementation, and discussed them with the relevant stakeholders. Eventually, because of the difficult situation caused by the COVID-19 pandemic, students did not manage to test the proposed ideas adequately, and redefine and refine them so that they can be functional. However, they became aware of the issue of food waste, they were excited with the prospect of co-creating solutions to issues concerning themselves and the local community, and they welcomed this new approach to knowledge.

In the following school year, the school is planning to continue the same living lab project, giving time to testing the proposed ideas, as well as extending the project to include more community actors. The students will also investigate whether the common spaces in the area could be used differently so that they can become productive for the benefit of the people living there.

A portfolio of inspirational projects that have been implemented in primary, secondary, and high schools across Europe to inspire more teachers!

You can find out more about which cookies we are using or switch them off in settings.

This website uses cookies so that we can provide you with the best user experience possible. Cookie information is stored in your browser and performs functions such as recognising you when you return to our website and helping our team to understand which sections of the website you find most interesting and useful.

Strictly Necessary Cookie should be enabled at all times so that we can save your preferences for cookie settings.

If you disable this cookie, we will not be able to save your preferences. This means that every time you visit this website you will need to enable or disable cookies again.

This website uses Google Analytics to collect anonymous information such as the number of visitors to the site, and the most popular pages.

Please enable Strictly Necessary Cookies first so that we can save your preferences!